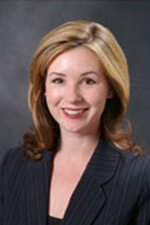 Holland “Holly” D. McCloskey is a Senior Associate with Greco, Traficante, Schulz & Brick.  Ms. McCloskey received her B.A. (1992, cum laude ) from the University of Southern California and her J.D. from the University of San Diego (1995) where she was a member of the National Mock Trial Team and recipient of the Order of the Barristers as well as the Michael T. Thorsnes award for excellence in Trial Advocacy.  Ms. McCloskey was a finalist in the Association of Trial Lawyers of America Western Regional Mock Trial Competition.  Ms. McCloskey initially honed her trial skills at Federal Defenders of San Diego before moving to civil practice as an associate at Solomon Ward Seidenwurm & Smith, Rudick, Platt, Glatt & Getz and was of counsel at McCloskey, Waring, Waisman & Drury LLP.

Ms. McCloskey has extensive litigation experience, including contested hearing and trial experience in both San Diego Superior Court and the United States District Court for the Southern District of California.  Her practice areas include a broad range of general business litigation and counseling including the employment and insurance coverage fields, personal injury and litigation.  Ms. McCloskey is a member of the California Bar Association and admitted to practice in all State and Federal Courts in California since 1995

Order of the Barristers