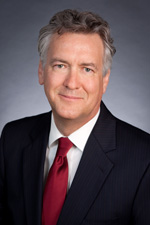 Jon S. Brick joined the firm in 1992 and has been a partner since 2000.  He is A/V® rated by Martindale representing very high to preeminent legal ability and very high ethical standards and holds a 5.0/5.0 Peer Rating.  He has been named a top lawyer in San Diego by San Diego Magazine since 2014.  He served as a Judge Pro Tem in the Small Claims division of the San Diego Superior Court and currently serves on the Board of Governors of the San Diego Chapter of the Association of Business Trial Lawyers.

Jon was admitted to the California State Bar in 1985 and is also admitted to practice in the United States District Courts for the Southern, Central, Eastern and Northern Districts of California and the Third, Eighth and Ninth Circuit Courts of Appeal.  Mr. Brick has handled hundreds of civil cases throughout California and has argued appellate cases before the 2nd, 3rd and 4th District Courts of Appeal and before the Ninth Circuit.  He has represented large, medium and small companies, developers, General and Subcontractors, Design Professionals and individuals in many diverse areas including Business disputes, insurance coverage and litigation, construction, premises liability, property disputes and personal injury.  He is experienced in all phases of civil litigation, representing both plaintiffs and defendants from initiation of a case through discovery and jury and bench trials, arbitrations and mediations.  He also advises clients concerning alternatives to litigation and strategies to avoid lawsuits.