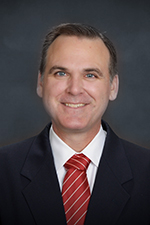 Michael E. Rogaski is a partner with Schulz Brick & Rogaski.  He is AV®-rated by the Martindale-Hubbell Attorney Directory and was named a “Top Lawyer” by San Diego Magazine in 2013, 2014, 2015, 2016, 2017, 2018 and 2019.  Mr. Rogaski is originally from Northern California.  He graduated from the University of California at Davis with a Bachelor of Arts in Political Science.  Mr. Rogaski received his Juris Doctorate from McGeorge School of Law, where he graduated with distinction and as a member of the Traynor Academic Society.  He is admitted to the bar in the state of California and is also admitted to practice in the Southern and Central Districts of California for the United States District Court.