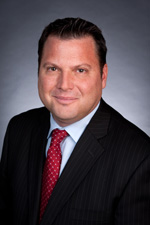 Peter J. Schulz joined the firm in 1994, became a partner in 1999, and currently serves as the firm's managing partner. He is AV® Rated by Martindale Hubbel. In 2009, he was one of the finalists among "San Diego's Top Attorneys" in the area of Insurance Law which is based on nominations and rating by other San Diego lawyers in participation with the San Diego Daily Transcript.

Mr. Schulz was born and raised in Milwaukee, Wisconsin. He graduated from Saint Olaf College, Northfield, Minnesota, in 1989, and received a Bachelor of Arts, Cum Laude, in Mathematics. Following college he attended California Western School of Law in San Diego, California, and received his Juris Doctor in 1993. In law school, he received the American Jurisprudence Award for Trial Practice and Legal Skills. Peter was admitted to the bar in the State of California in 1993, and is currently admitted to practice in the United States District Courts for the Southern, Central, Eastern, and Northern Districts of California, as well as the Ninth Circuit Court of Appeal. He served as the President for the San Diego Barristers Club from 1998-1999. He is currently a member of the San Diego Chapter for the Community Associations Institute. He has served as coverage counsel to a number of companies and individuals and has developed a strong reputation for his knowledge in the field of insurance law.

During his tenure at Greco Traficante Schulz & Brick, Mr. Schulz has focused his practice in the areas of complex civil and business litigation in both State and Federal Courts. Most recently his practice has focused on contract and construction disputes, insurance coverage, and bad faith litigation.

He is experienced in civil jury trials, arbitrations, mediations, and has argued before the 4th District Court of Appeal. He takes pride in the high degree of personal attention he provides to all of his clients and his ability to counsel them on all aspects of their case at every stage of litigation.